Legal News
You are here: Home1 / Resources2 / Legal News3 / Estate Planning4 / Yours, mine & ours = Family. But who raises the kids if somethings...

The phrase “yours, mine and ours” usually refers to the bringing together of children from two different families and growing the family with additional children. Essentially the end result is a household with a number of kids from different relationships. Usual circumstances include those where each spouse has children from previous relationships or marriages and then the newly formed couple have more children.  With these types of family structures, there are usually 2, 3, 4 or even more adults considering themselves parents to a set of kids.

Here’s an example: Sarah (age 21) marries Sam (age 21). They have Sammy Jr. soon after marriage. Sarah remarries five years later to Dave who has a three year old (Davy Jr,) from a previous marriage, and Sam remarries five years later to Diana who go on to have their own kids. Dave and Sarah, now your next door neighbors, care for Sammy Jr. (now age 5), Davy Jr., and together they have their own child Savannah (age 1). In this example, if your neighbors Dave and Sarah jointly pass away in a car accident a year later, who cares for baby Sammy Jr. , baby Davy Jr., and baby Savannah? It’s not a riddle. It’s a common occurrence!

In this scenario, the answer depends on written agreements between Sarah, Dave, Sam and Diana. That is of course assuming there is some sort of agreement. If nothing is in writing, the State of California will default answers for you concerning the care of your children.  Now, let’s add a few variables to this potentially realistic hypothetical. What if Sam and Diana suffer severe marital problems? What if Dave’s parents are elderly with medical problems too strong to handle children in the household? What if all of them want financial and physical custody of the kids?

I think you’re getting the idea. Preparing guardian nominations through a Will or a Revocable Living Trust is important for Sarah, Dave, Sam and Diana. Everyone has to be on the same page to ensure the well-being of everyone’s kids. Through proper guardianship nominations as part of your estate planning, you could avoid these future uncertainties once you pass away.

Parents, more than anyone else should hold discussions about guardianship nomination and discuss document planning soon after having their children. However,  other persons may also be interested in having the parents leave their desired plans in writing. Parents’ siblings, the parents’ parents (the two sets of grandparents), the parents’ friends and sometimes even the parents’ neighbors should all have this conversation with the parents to make sure there is proper planning set.

As a reminder, in estate planning, nominations for guardianship are set. However, those nominated may or may not wind up being the best fit for the children. Without any nominations, the California system will determine the welfare and future of the kids.

If you’re a soon-to-be parent of if you are already parents, start your planning now, not later. If you’re in a situation where your  household kids are comprised of “yours, mine & ours,” you are greatly encouraged to start these discussions. Here are a few factors that affect the family planning: 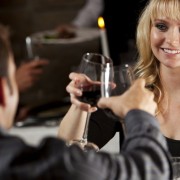 New year, new you. Here is an attainable resolution for you to add to your list and crush within 3 months. 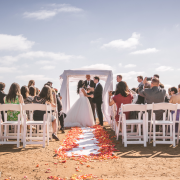 Spring weddings are coming up. Add this to your wedding prep plans. 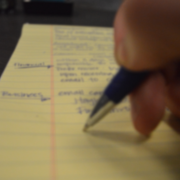 Celebrate Mother’s Day With the Kids (Sunday, May 8th) & Then Set Time Aside Time to Make Arrangements for the Children 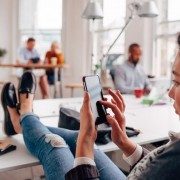 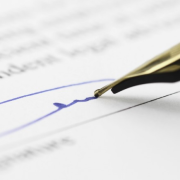 Can I Safely Create a Will Using a Self-Help Form Available Online?

[Contact_Form_Builder id="2"]
Points to consider before and after registering a business name or domain n...