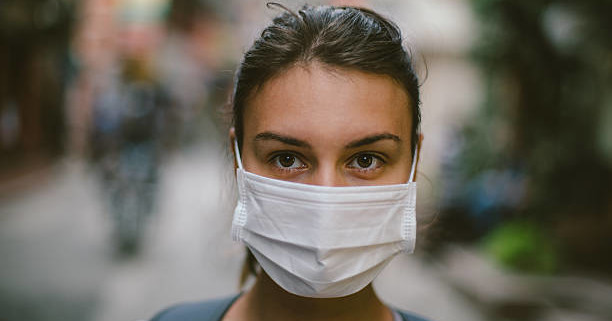 Take into account that San Diego County is not subject to out-of-state laws and court decisions. This following article deals with face masks in Dallas, Texas. Nevertheless, this is shared for the purpose of posting what new disputes are arising in connection to COVID-19 matters, namely face mask wearing policies. If such lawsuits develop in California, it can be expected for judges to use these out-of-state issues for guidance.  It is also posted to help employers understand what liabilities can result from face covering policies and procedures within business operations.

In the State of Texas, the state has not mandated face-coverings for restaurant workers. Some cities within the state have enacted face-covering mandates. Hillstone Restaurant Group employs Jane Doe. Jane Doe wished to work while wearing a face mask. However, her employer disapproved of such measure and in response did not schedule her for work. That became company policy. Jane Doe filed a petition to dispute the company’s policy forbidding wearing masks while at work. A Texas judge issued an order requiring Hillstone to allow employees to wear masks. Such an order was in effect for 14 days. This 14-day order served as a temporary restraining order allowing Jane Doe to work while she seeks out a more permanent solution, or more permanent legal claim as needed if the employer elects to refer back to its policy.

Seeing what is occurring on the legal front across the nation, employers in San Diego County are recommended to avoid legal claims by not refusing an employee to wear a face covering while at work. Seek out local orders (city, county, and state) to see the latest requirements and mandates for businesses actively open to the public.

It is also recommended to seek out CDC guidance concerning the subject matter.  As of the date of this publication, the CDC currently states on their website:

Have you ever been to a store that has a logo awfully similar to its competitor? Perhaps you have seen an online shop with a logo oddly familiar to another company logo? I’ve seen this twice this week which brings me to publish this information. When two company logos are strikingly similar it is possible a trademark infringement has been committed. The following is some information the United States Patent & Trademark Office published:

What is trademark infringement?

What will happen if someone sues me for trademark infringement

If the trademark owner is able to prove infringement, available remedies may include the following:

Conversely, a court may find instead that (1) you are not infringing the trademark, (2) a defense bars the plaintiff’s claim(s), or (3) other reasons exist why the trademark owner is not entitled to prevail.

How do I know whether I’m infringing?

To support a trademark infringement claim in court, a plaintiff must prove that it owns a valid mark, that it has priority (its rights in the mark(s) are “senior” to the defendant’s), and that the defendant’s mark is likely to cause confusion in the minds of consumers about the source or sponsorship of the goods or services offered under the parties’ marks. When a plaintiff owns a federal trademark registration on the Principal Register, there is a legal presumption of the validity and ownership of the mark as well as of the exclusive right to use the mark nationwide on or in connection with the goods or services listed in the registration. These presumptions may be rebutted in the court proceedings.

Courts have generally looked at the following eight factors to analyze whether a particular situation has developed the requisite “likelihood of confusion” :

If you’re being sued for Trademark Infringement, speak with a knowledgeable attorney about this matter immediately.

Here is some information the USPTO publishes about this topic:

How does a trademark infringement lawsuit begin?

Frequently, either before or at the time a complaint is filed, the trademark owner or the owner’s attorney may send you a letter/email or otherwise contact you to make claims about the owner’s trademark rights and demand that you take certain actions, such as ceasing use of your mark.

Learn More About Being Sued For Trademark Infringement: http://www.uspto.gov/trademark/ive-been-sued