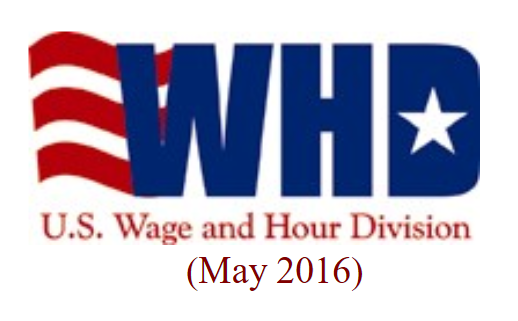 Under a new rule announced by the White House last month (May, 2016), effective December 1, 2016, anyone earning a salary of less than $47,476 ($913/week) will automatically qualify for overtime pay when they work more than 40 hours a week. Currently the threshold is at $23,660. The new rule is intended to expand access to overtime pay to salaried workers working long hours under exemption rules. The new threshold will be updated ever 3 years to keep the threshold at the 40th percentile of full-time salaries in the lowest income region of the country.

Highlights about the new rule include: